The Importance of Social Security and Pension Optimization

Post retirement, Social Security and pension might be the only sources of income for many people. Of course there are people who have extensively planned for their retirement but there are also those who do not know if they have saved enough. This is where Social Security and pension optimization prove to be significantly important. Some people undermine the power of optimization and fail to see that the age at which you choose to claim your benefits significantly determines the amount of your benefit. Moreover, total Social Security optimization for a couple could very well be a seven digit figure. This could potentially be a result of the fact that couples can claim benefits at different times.

What is most important when it comes to Social Security optimization is the timing. Maximizing benefits could mean delaying retirement because monthly benefits increase as you delay Social Security. One of the common mistakes people make is they rush to collect their benefits then regret it because of the reduced benefits for the rest of their life. Henceforth, the optimal path where the Social Security benefits are maximized will more often than not suggest a later age of retirement, which is most likely to be 70 years. Ultimately, the decision should be based on your life expectancy because if you do not think you will live long enough then the optimal path- which might suggest that you retire at a later age- will likely not be for you. There may also be significant tax implications depending on the time you decide to retire. 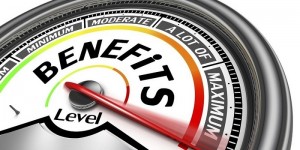 So whether you should retire early at 62, at full retirement age- which depends on the year you were born, or later on at 70 depends on certain factors which will influence the optimal path for you. It is true that if you claim your benefits at 70, your monthly payment will be 32 percent more than if you file at 62; however, there is no one size fits all. The right strategy ultimately depends on your retirement goals, life expectancy, income and expenses. So invest some time in Social Security and pension optimization because a small decision can translate into huge financial consequences.